Structure Fire Smoke and Wildfire Smoke – What Is The Difference? 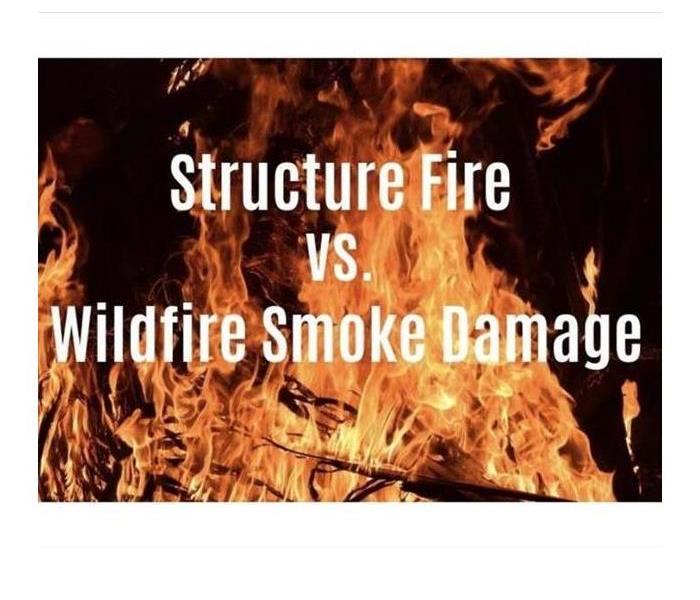 No debate needing, inhaling smoke from any type of fire can be hazardous to your health.

As restoration contractors, we usually aren’t faced with that immediate, thick smoke, but dangers still remain after the fire is out – whether it’s dealing with structural damage from a large house fire, or smoke odor removal following a wildfire.

There are more than one million house fires in the U.S. each year, meaning there are a lot of fire jobs out there for restoration companies. The biggest dangers post-fire come from VOCs (volatile organic compounds) found in the air that have been released from contents within the structure. For example, when some materials burn – like synthetic rubber, plastic, or foam – they can release cyanide into the air. Those substances are commonly found in furniture, clothing, Tupperware, and so much more within any structure.

Research published by the National Institutes of Health back in 2002 said, “During the past 50 years, synthetic polymers have been introduced in buildings in very large quantities. Many contain nitrogen or halogens, resulting in the release of hydrogen cyanide and inorganic acids in fire smoke as additional threats.”

Exposure to these VOCs is why proper PPE is critical during fire jobs, especially during the initially scoping, estimating, and demo phase if the fire was severe.

Wildfire smoke also carries fine particles that can be dangerous. These particles tend to come from more organic sources, versus the synthetic sources we talked about above from house fires. When thinking about wildfire smoke, think about burning trees and other plant materials, and just how dense the air can get when the fire is nearby. Add to that litter, synthetic compounds from local structures that have burned, and ash, and it’s a recipe for disaster  – even after the fire.

When remediating a structure affected by wildfire smoke, it is important to remember to clean air ducts as well because it’s likely even the most inner parts of the structure have been touched by the smoke and soot.

Here are some quick tips to keep your team safe during fire jobs, no matter the cause or source of the fire.